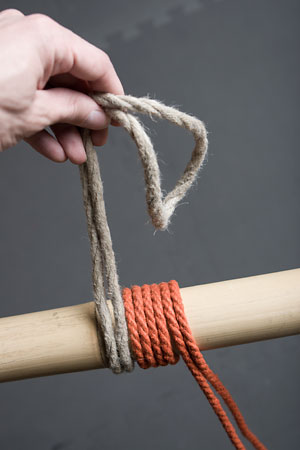 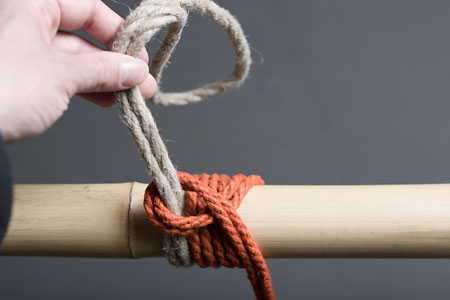 It's also possible to achieve this by just making the loop in the standing line, then pulling the working end through it -- but if you do it with the wrap-then-pull method, it's harder to wind up with the wrong sort of loop.

Next, pass the working end over the 'X' at the base of the loop: 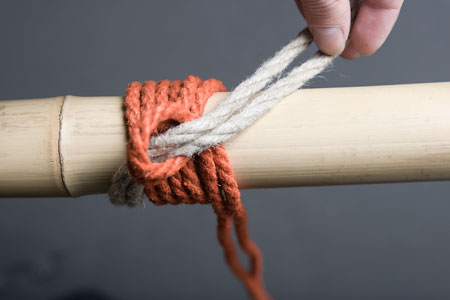 Then back under the entire cuff to the other side: 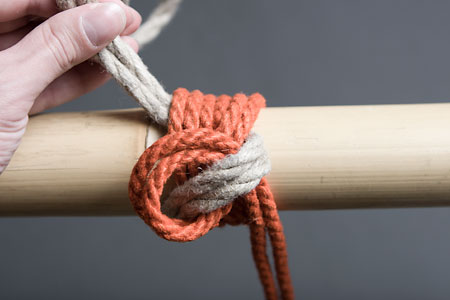 And back up through the loop, in the same direction as it went the first time (this is how you know it's not a real bowline): 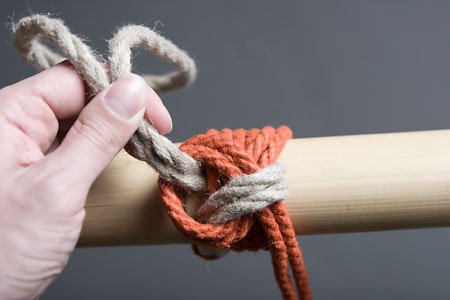 Now you just pull on the standing line to snug up the loop, and you're done: 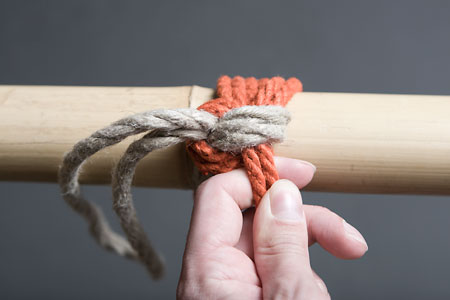 If you wind up with extra line on the bight end, as shown above, you can throw some hitches around the standing line just to use it up: 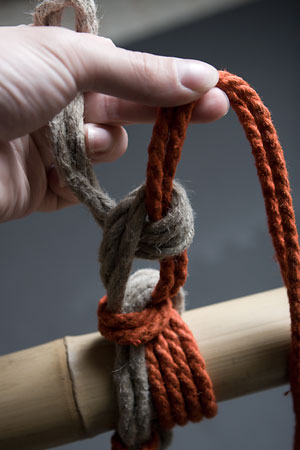 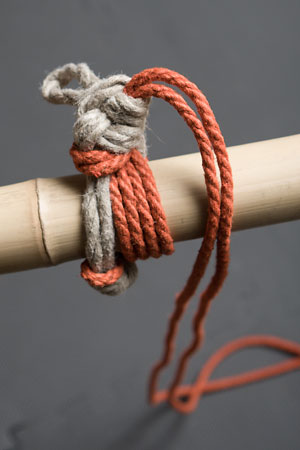 Or if you plan it right, you can end up with just a short little loop at the end, which is generally fine:

As a Double Column

The same principle can also be used to tie the Somerville Bowline as a double-column cuff. Start as before with some wraps, this time around both columns:

Now form your loop, however you like to do it, and pass the working end over the X of the loop:

Now, don't tighten down the loop yet -- if you stopped here, pulling on the bight could cause the cuff to tighten by cinching it more. What you want to do now is to take another wrap with the bight, around just the top half of the cuff (don't pass between the columns this time) -- then up through the loop a third time: 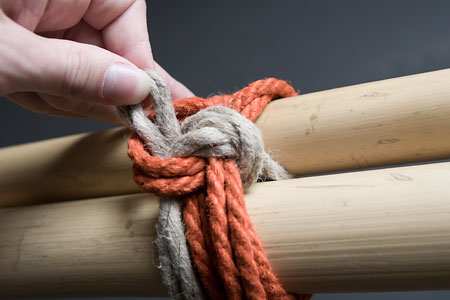 Now you can tighten down the loop in the standing line, and you're done: 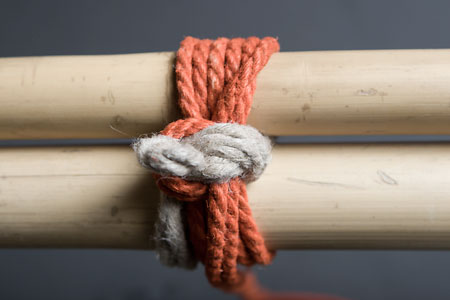 The back side (ignore the color-changing knot):