I was surprised not to be able to find this tie, which to me is the single most fundamental column tie, documented anywhere on the internet or in the books that I own.

You start with a lark's head about the column: 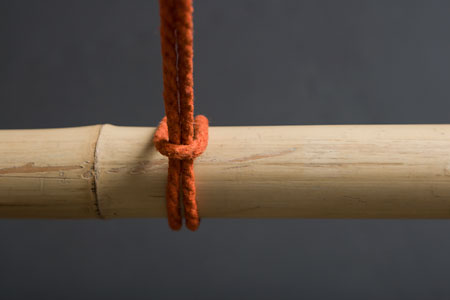 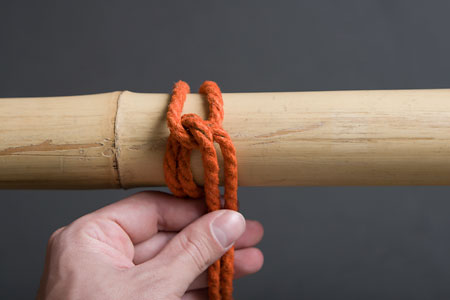 And wrap around to the desired cuff width: 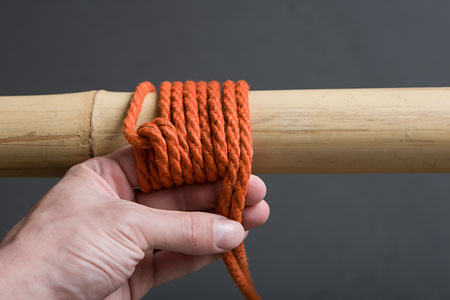 Now if you look back to the beginning, there are two interlocking bights, one in a single line, the other in doubled rope. Pull the working end all the way through the doubled one: 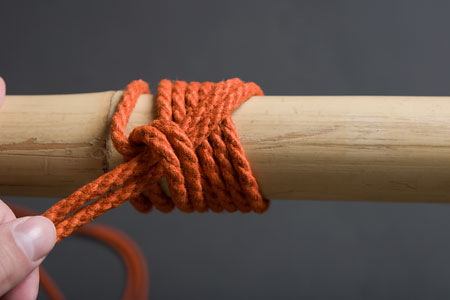 Now reverse directions, and make a loop over the cuff to the opposite side:

And then run the line back under the cuff, and up through the loop: 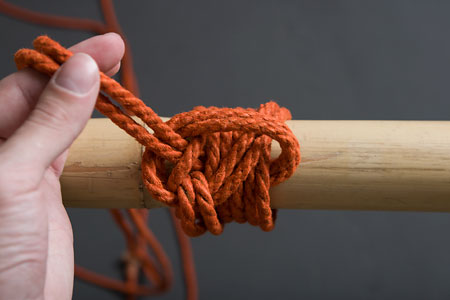 Then tighten it down: 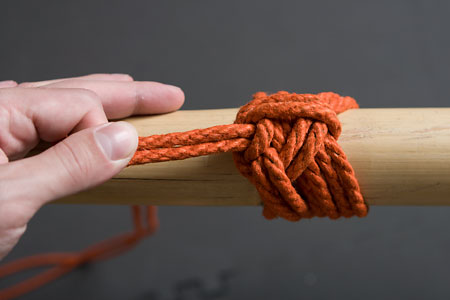 This is great if you're going to be pulling directly away from the column, or along it in the direction that you passed under the cuff. However, you'll notice that if you pull in the opposite direction, it tends to make the cuff roll over and bunch up: 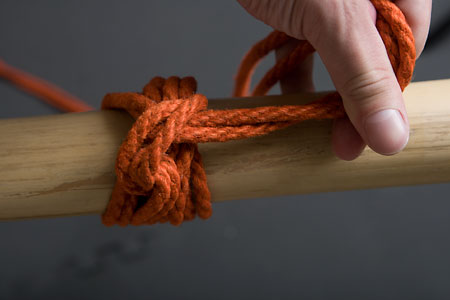 To avoid this, if you're going to be pulling in that direction, perform the finishing hitch in the opposite direction, so that the line passes under the cuff in the direction of pull: 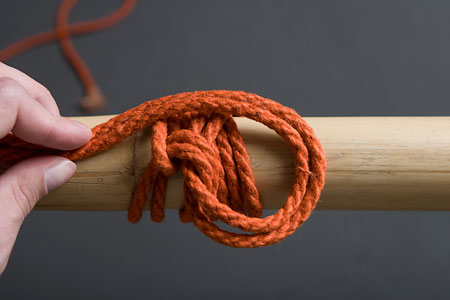 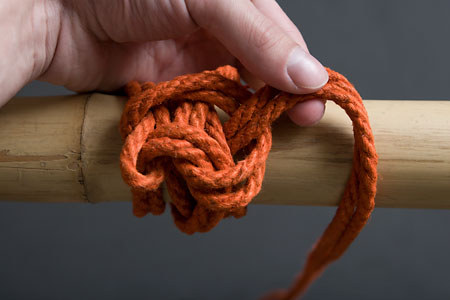 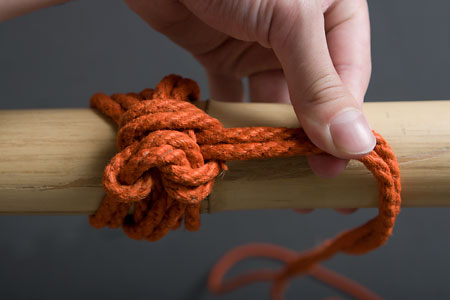 This doesn't wind up quite as neat, and might bunch the cuff up a little more, but it prevents the rolling action which can lever the knot into flesh really uncomfortably. To get the neatest possible cuff, do your wraps in the direction opposite the direction of pull (if the pull is in line with the column), so that you don't have to reverse the hitch like this.