There's been some discussion recently of reverse bowline column ties. Jack has long had posted on his site the Reverse French Bowline, a knot which I never paid much mind on account of his warning that it can collapse when the standing line is loaded (as one would expect, from the construction of the knot). However, WykD Dave points out that this is actually a very appealing way to begin a takate-kote.

Further, it turns out that this is actually the same as David Lawrence's Reverse Portuguese Bowline -- a knot I've wondered about for some time. So that begs the question..is it French, or is it Portuguese? For reference, here are the French Bowline and Portuguese Bowline.

(note that I do not recommend using this cuff for any purpose whatever; it combines the worst properties of the Reverse French Bowline and the Portuguese Bowline)

To start, form a bight in the standing line: 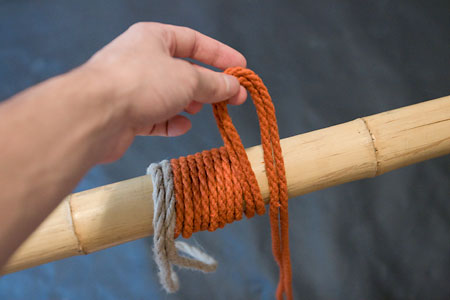 Now pass this bight under the entire cuff: 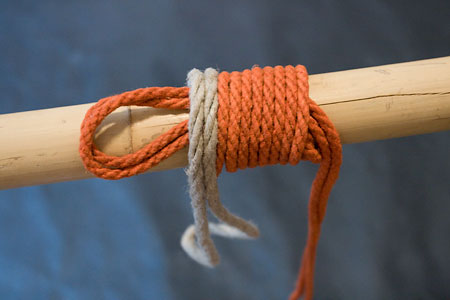 Take the working end, cross over the cuff, and under both sides of the neck of the bight: 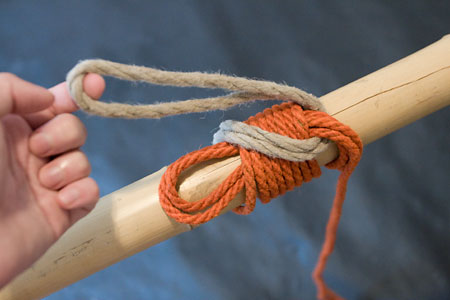 And now finish by passing the working end down through the bight: 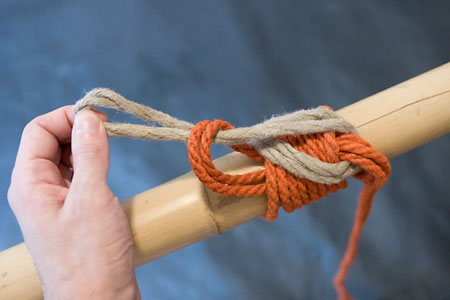 And snugging things up: 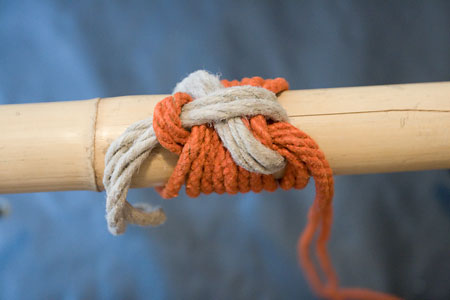 You can see how this mirrors the Portuguese Bowline, in that the knot is half under, half over the cuff; but now the parts are Reversed. It also has the characteristic property of one of the wraps of the cuff being separated from the rest by the knot, a pet peeve of mine and one reason I never got into the normal Portuguese Bowline.